Wyatt ERP in Gunfight at the Accounting Corral

It all started with those Cowboys in purchasing.  They had to figure out what and how much product to buy, and when to order it.  The tried and true method was just to keep a safe level on hand, and reorder more when the quantity dipped below it.  And that worked great as long as customers kept ordering what they always ordered.  Any change in the customer behavior and there was too much inventory on hand, or even worse, too little.  The corner office decided it would be great if purchasing could reduce inventories, because isn’t that just cash tied up in a warehouse?  Oh and while they were at it, the executives thought purchasing ought to be negotiating better pricing.  “A little less vendor lunching and a little more volume discounting,” the corner recommended.  So the PO guys got POed at the impossible sounding edicts and decided to go visit their brethren in the sales department. The sales guys at least understood the value of a relationship. 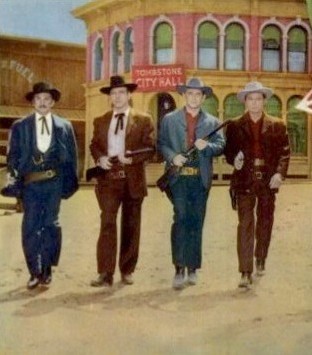 So purchasing and sales got together for a martini or two at the local saloon (and no one recalls who picked up the check) and hatched a plan.  Sales would give their monthly forecast of what and how much they were going to sell to purchasing, and the POs would be written based on these expectations.  Purchasing used the promise of future buys to wheedle better pricing out of vendors, and that shortage problem all but disappeared.  Purchasing was off the hot seat, and an acronym was coined: Material Resource Planning, or MRP.

Wyatt ERP, accounting marshal, shook the dust off his black hat and the smudges off his spectacles.  The corner office now wanted to know how much money purchasing was saving the company from this new strategy.  So Wyatt decided each item that purchasing bought should have a regular price, and they would call that regular price the “standard.”  They would track the difference between what items really cost against the standard, and a new acronym was born, price variance or PV.  It’s pretty simple, if we buy an item for 95 cents and the standard is a dollar, we have a five cent variance. So the standard inventory cost is a dollar, the variance is an expense reduction of five cents, and that nets to the 95 cents the company owes the vendor. Tracking this variance was very motivating to our purchasing.  At last their contributions were measured!

But the corner office is never happy for very long. 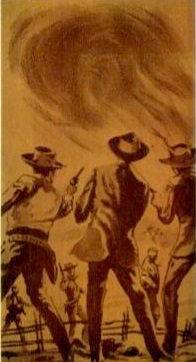 “Wouldn’t it be great if we could track how much raw material was used against how much was supposed to be used?” they asked.  Wyatt was dragged into the meeting, thinking, “Now that we’ve complicated purchasing, why not manufacturing?”  But if inventory was always kept at the standard cost, then any difference between materials charged to a job and the planned materials had to be a usage variance.  The Manufacturing department either used less or more than they should have, and this difference could be tracked (or fracked depending on the mood of auto correct.)

Now we’re getting somewhere the corner office decided.  We know price variance, and usage variance for materials, let’s add labor!  Same concept, labor can cost more or less than expected based on overtime and shift differential, and production could be more or less efficient than planned depending on how they used it.  Wyatt ERP upgraded his ten key and got to work.  To track all these differences, a standard for the finished items would have to be created.  But this had another advantage.  If goods sold were always at standard, then differences in margin generated has to be from too many sales discounts to customers, or the mix of products sold.  More new general ledger accounts and more new variances.  And now we weren’t just planning materials, we were planning the whole enterprise.

And so it was then ERP was called into the corner office to explain the Ripple order sold to Acme Widgets in Cripple Creek.  All these variances flow downhill to the ledger.  Someone has to corral these accounts and make some sense out of this.  “ERP, crack the whip and explain this” the sheriff roared as he multi tasked and checked his tee time on his Apple Watch.  Sales and Purchasing were not the only departments that know how to build relationships.  “I thought we got a great deal on the material, and Manufacturing was extremely efficient in making the ripple but this report says profit was exactly what we expected.  “ERP, explain this.  Where did the extra profit go?”

ERP thought about the glazed eyes that faced him routinely at the monthly meetings.  This system wasn’t built Overnight, and the more differences we track the more complex it gets.  But basically it worked like the this:

We got a great price on the Ripple bottles and the malt at the after Christmas sale in January.  Those differences were recorded in January when we bought them.  Manufacturing was very efficient in February.  No one was on vacation and they made Ripple in record time.  All those differences were recorded in February when the Ripple was made.  But the order for Cripple Creek didn’t ship until April.  Seems Acme is implementing a new MRP system and they figured out they didn’t need the Ripple until April Fools’ day.  So since the variances had already been recorded when the materials were purchased and the goods were made, the sale itself is therefore at planned margin.

The corner office scratched, blinked, turned three shades of red.  “What I want is everything at actual cost.”

ERP, tipped his black hat and smiled.  “Standard plus variance equals actual,” he said.  We can do that.  ERP circled the wagons and formatted new reports.  They were now officially back to the beginning.  But it was all in a day’s work at the accounting corral.