Made in India, printed with the white postseason logo, the Indians handed out red rally towels for every game and every watch party. They’re great for cleaning up spilled beer, protecting heads from sleet and rain, and when vocal chords fail, they can be spun around in unison with the fan brethren who refuse to go home as the games march ever so slowly to conclusion. Today they’re another momento of an “almost” season. And as we wallow in overcast skies and a game seven loss, 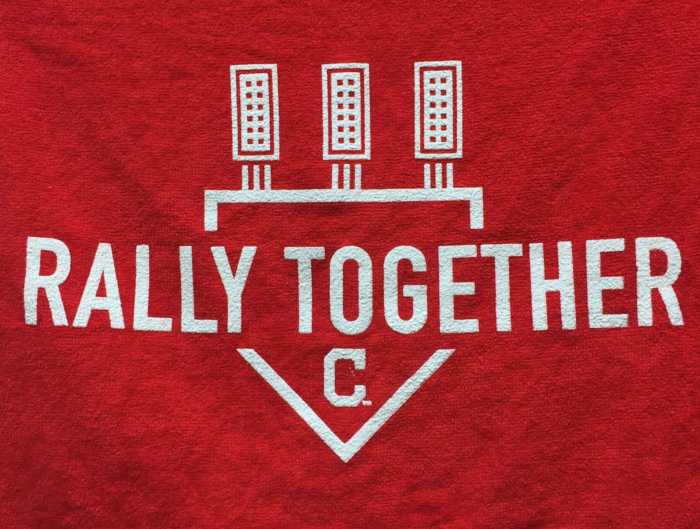 it’s easy to forget the joy we felt along the journey. Who predicted in April that we’d be awash in rally towels, in November?

As the post season began, the Indians had the lowest odds of all the playoff teams to win it all. We were the underdogs, the team plagued with injuries and quickly dismissed. Our catcher was injured, and the replacements couldn’t hit. Our reliable clutch hitter and best outfielder only played the first few games of the season. Pitching and base-running were our strengths, and with two starting pitchers lost late in the season and our ace questionable with a quad injury, well, pitching didn’t look like a bright spot. Our outfield was patched together with rookies and aging veterans, with another outfielder suspended from post season for steroid usage. The chances for victory looked non-existent. And yet there is a reason we play the games.

Remember the Boston series? On the last weekend of the regular season, we swept the reigning World Champion Royals in Kansas City to claim the second seed in the American League playoffs and home field advantage in the division series. We then proceeded to shut out the Red Sox. The media bemoaned the end of Big Papi’s career with a loss at Fenway Park. And they covered the Red Sox fans in distress, and their tearful goodbye to their vaunted designated hitter. And to be fair, the post-game crew did ask our manager if he had any latent sympathy for the Boston team. We rolled our collective eyes. Let them weep in Boston; we’re still playing.

Winning early when part of your team is injured can be a blessing. Time heals. The media circus moves on, and the Blue Jays wore themselves out defeating the Texas Rangers with offensive fireworks and cocky confidence. They showed up in Cleveland for a best of seven series wearing Canadian flag capes and the consensus conventional wisdom of two nations that they would win. But our ace was feeling better, we played error free baseball, and after our starting pitcher was booted from a game due to uncontrollable pinky bleeding, we wove together a victory one inning at a time from the bull pen. Records were set for number of pitchers in a post season win. The Blue Jays were toast, and again we were blessed with a few extra days to recover. We’re going to need more rally towels.

And on to the Cubbies we go, the winningest team in baseball, the National League juggernaut, the sentimental favorite, the beneficiaries of an over-the-top payroll, and the darlings of a large market audience. They filled Burke Lakefront airport with their private planes. They interrupted press conferences at the white house. And they bid ticket prices to all time astronomical highs. And so the team with the longest world series drought in baseball came to play the injured Indians, the small market team with second longest drought in baseball. Maybe we would just curl up and lose gracefully. After all, the weather was miserable. But we didn’t. Our ace set a record for strike outs in game one, and we hit the ground running. 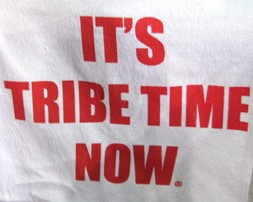 Remember when we were up three games to one, and the Cubs faced elimination? The heroes were unexpected. Everyone contributed. We hung in there. But there are risks of using the ace too many times on short rest, and rookies can eventually make errors, and games can slip through your fingers, until the series rests on a game 7.

Seventy degrees in November is Indian summer in Cleveland. The crowd was evenly split, both teams played hard, with the Cubbies taking the early lead and Cleveland catching up. The game was all but won, when Cleveland tied it up in the bottom of the eighth. But injuries were taking their toll. The Cleveland ace was in heavy rotation, pitching his third game, yet another short rest outing. We moved to the bull pen early – strikeouts were scarce. And still we came back, relentlessly refusing to give up. Rain delay, and extra innings, the Cubs scored two in the top of the tenth. Cleveland could only answer with one. And the series swung to the National League Champion Chicago Cubs. It was a roller coaster of emotions, an epic game, worthy of the world series and the historic breaking of the Chicago curse.

Cleveland is no stranger to heartbreak, in fact we name them. The fumble, the drive, the shot, the departure, all have meaning to Cleveland sports fans. And we were not all quick to forgive when the King returned. It took a heart-wrenchingloss against Golden State for some to embrace “the return.” The 2015 Cavaliers gave their all, every ounce of effort, amid injuries of their own. It wasn’t winning or losing that brought us around, it was the monumental exertion of will and emotion, the willingness to give all to the team that earned the hearts of Cleveland fans.

The 2016 Indians played the same way, they left nothing on the table. They played as hard as individuals can play, and not willing to let their teammates down, believing against all odds that anything was possible, and making personal sacrifices for the good of the team. It is not the outcome we hoped for, but no one can doubt the effort.

So I’m keeping my rally towels. They’re the evidence of an epic game, an historic series, and an extraordinary season. We are the American League Champions. And we got to play baseball in November, in Believeland.